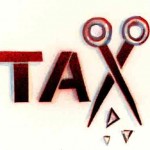 The title of this post should actually be called, â€œwhat an election year does for Americans.â€Â  Congress voted to extend a Social Security tax cut for 160 million workers as well as to renew unemployment benefits for many who havenâ€™t seen a paycheck in six months.Â  Congress passed these cuts in record time, in hopes to gain voters.Â  The last time Congress voted on these tax cuts was this past December.Â  If you remember, Congress took their sweet time extending these cuts.Â  They were only able to extend them for two months.Â  This time around, they passed them quickly and for the rest of this year.

How Much You Save

Over the last year, taxpayers have been able to enjoy a 2% cut in the amount of taxes they pay.Â  How much does that mean you are saving every month? Hereâ€™s a little chart to help. If you make:

If Congress hadnâ€™t extended the cuts, about one million people would have lost benefits next month.Â  While the program does help, it did trim the maximum benefits for long-term unemployed to 73 weeks.Â  The reason being that Congress believes that long-term unemployed donâ€™t seriously look for a job until the paychecks stop.Â  73 weeks is still an improvement from the previous 26 weeks of state jobless benefits.

How Long Will It Last

The latest extension will last until the end of 2012.Â  That is just enough time to fit in the upcoming elections in November.Â  It is always easier to break bad news after being elected into a new term.Â  I am sure that 2013 will be all about fixing the deficit, providing that 2012 shows signs of strengthening.Â  Of course, that is just my thoughts.Â  How long do you think the tax cuts will last?