The idea in a nutshell : Any comparison of Prepaid Plans will show you options you might not have considered. There are a large number of small companies which offer a great deal more for consumer’s money than equivalents (often on the same network) from bigger phone companies. Smaller phone companies are set to win big in the next 2 to 3 years. Here’s why it might be time to invest in one.

The problem with telecommunications stocks

Telcos have made little progress in adapting their business to the changing needs of customers. They also suffer increasingly competitive environments. The result of the intersection of these points can be seen in their share prices. Essentially, many telco stock prices have gone nowhere in the last 10 years. 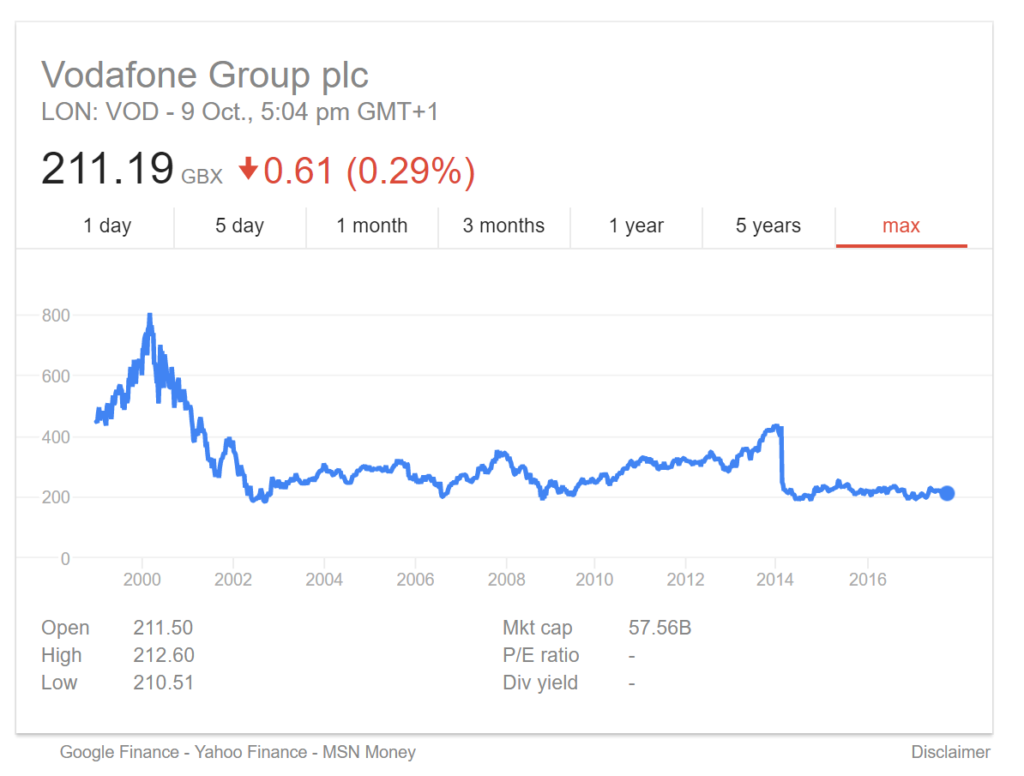 USA and other global telcos have fared only slightly better.

Why smaller phone companies will buck this trend

Recent changes, however, suggest that some telcos (notably smaller ones) are going to do a good deal better in the near future. Australia’s market is a good example which is often forgotten.

We are left then with network products from the major phone companies which are essentially the same and relatively expensive when compared to a myriad of alternative plans offered by smaller phone companies. The people doing the comparison are increasingly smart about the costs involves and increasingly outside contracts which constrain their movement. They are also prepared to try new brands if it cuts their costs.

How then, do these smaller phone companies create the right sort of incentives to attract new customers ?

In every market, including Australia, the balance of power is moving away from oligopoly phone companies and towards consumers. This is a typical shift in the move towards the digitization of everything, including telco. The big phone companies simply have too much to lose to offer the sort of innovation on data pricing that the smaller telcos are leveraging.

The best investment you can make is in smaller phone companies who are going to benefit from the fallout, growing quickly in the next 2 years, before 5G arrives.